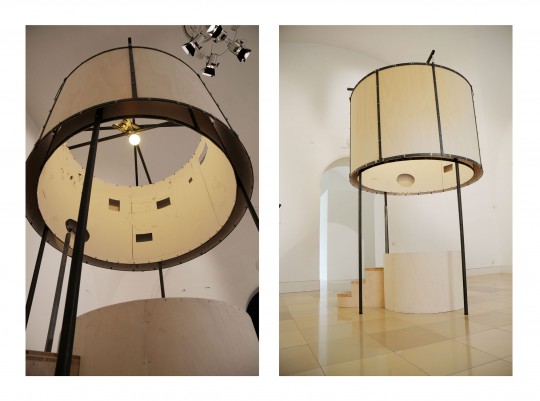 In this post I would like to go back to works from about 10 or 15 years ago, which are keyworks for my work now, referring to the dioramas and objects I showed some days ago.

The work “Searching for a home” is one of my first works that included drawing into space. It contains topics of further concern: The observer’s spatial involvement, the fragmentary view on the world, loss of orientation and subjective structures for orientation, models of pictorial comprehension of world in interconnection between art historical tradition and contemporary subjective reflection like the cabinet of curiosities, the diorama and the panorama. 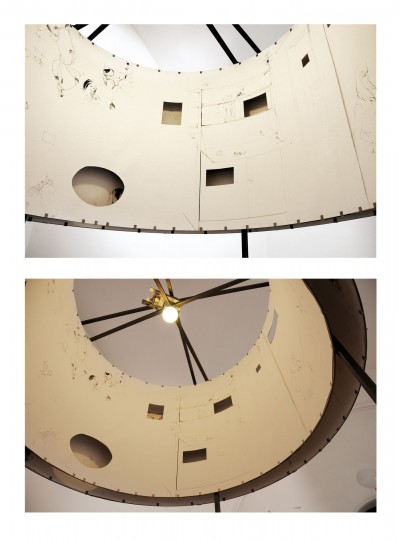 The images you see show a walkable panorama which invites the beholder to step on the platform where one finds him/herself in the center of a drawing.

The round drawing sketched on a paper web consists of a subjective choice of motif, narrative fragments and modular components of urban architecture, not from a panoramic view, but rather as a spatial face-to-face. It thereby becomes a sculptural work. 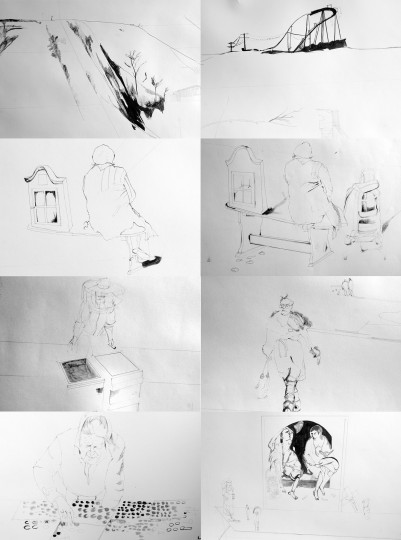 Additionally, the movement of the observer is limited to her/his own bodily movement; the motor which makes the outer round drawing go by the observer, is not directable at all nor is the arrangement of the cut out windowlike segments of the inner drawing, which open the view on the outer space. The observer only manages to direct her/his view, the order, the inner and outer drawing, which overlap each other and thereby the sequence of the mechanical film-like narrative elements.

The space is defined by objects, people, relations and the fiction that lies in between those dimensions.

Preceding my work with the panorama, the decision to enclose the movement of the observer was made by using paper webs to stage large-scale drawings. The complete drawing can only be realized from a distance, by approaching the details become visible, but the overall view disappears. The change of perspective and the thereby connected structural modification of the personal orientation as well as the blank space are factors which are necessary for my exposure to my works on and with the third dimension. 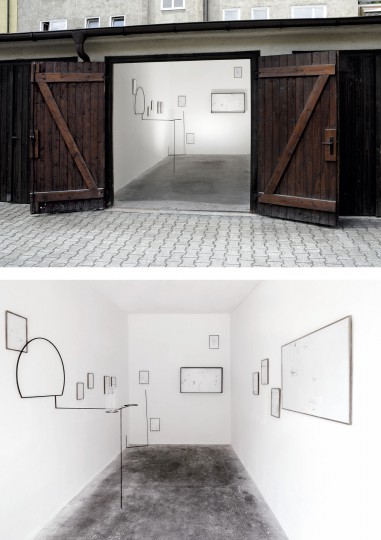 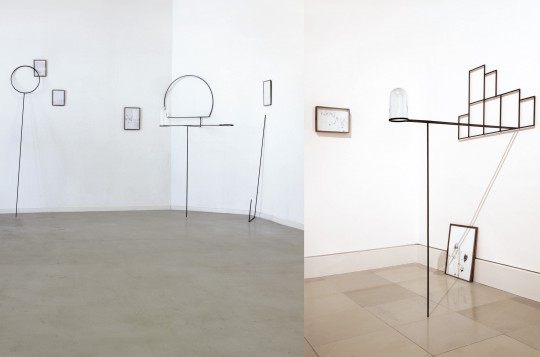 The installation “Cabinet” shows a modular interaction between drawings and objects made of welded steel. Both objects and drawings change their meaning according to the perspective from which they are perceived. 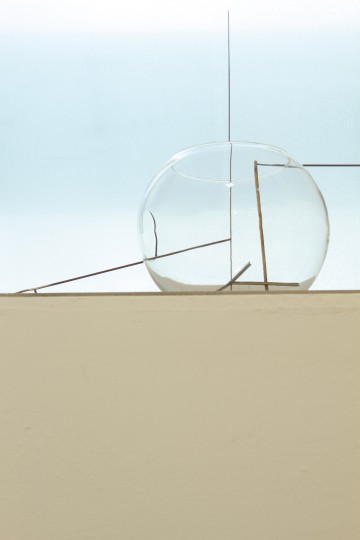 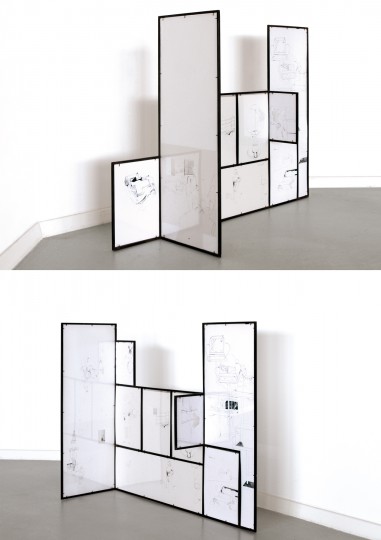