The first two posts are about my work in general.

The translation of places, of ephemeral and the substantial elements is a part of my work which shows in the work “Possible Spaces”, placed temporarily in public space in 2016.

I developed the work from drawings I made at the given place, the Lenbachplatz in Munich. Ephemeral lines from the city scape met with lines of architecture and infrastructure.

I folded the drawings and so made the space both collide and open up new spatial views on the place.

Within my work, paper becomes sculptural through folds, cutouts and mirrors.

The following pictures show works of the series “Fragmented Fiction”, “Space” and “Torsionen”. 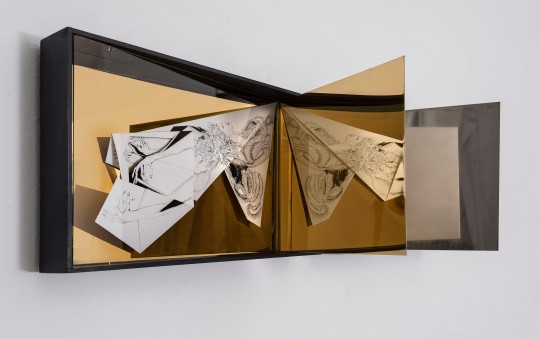 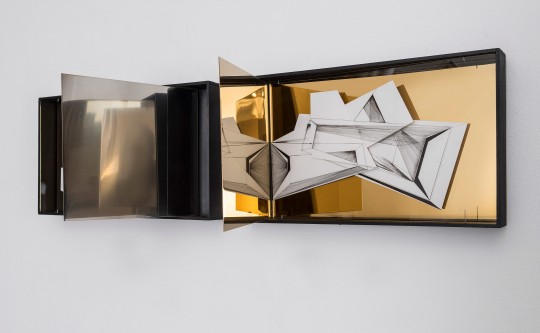 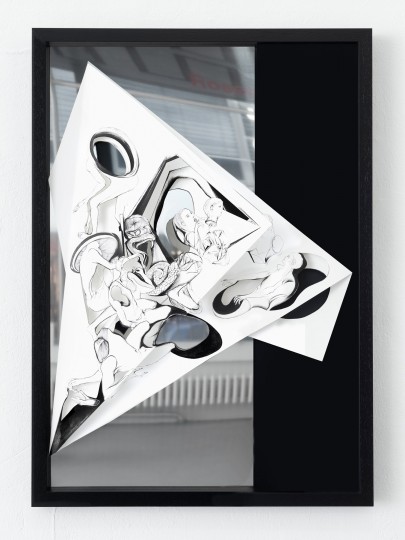 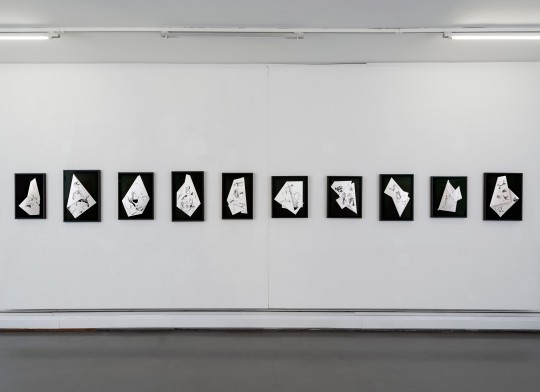 In the series “Fragmented Fiction” the paper itself becomes sculptural:

The folds and cutouts create a real space that changes, depending upon the various way it’s lit; it opens up and at the same time it withdraws into itself.

There are always places in the fold, that can’t be seen. This allows one to imagine that the space that has been partially realized and partially asserted continues on inside of other, possible spaces.

After all, the drawing itself is more of an instrument of possibilities than of actualities.

As an invention, the line creates constellations that are logically imaginable, and at the same time, override both logic and the laws of nature.

The fold multiplies the potential constructions of space in one’s mind, as it alternates inversions, interior and exterior spaces, which also applies for the protagonists within the drawing. 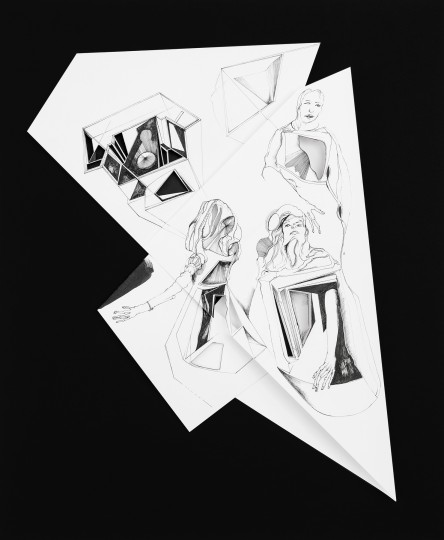 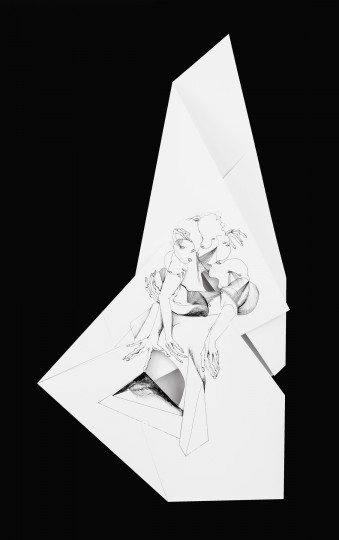 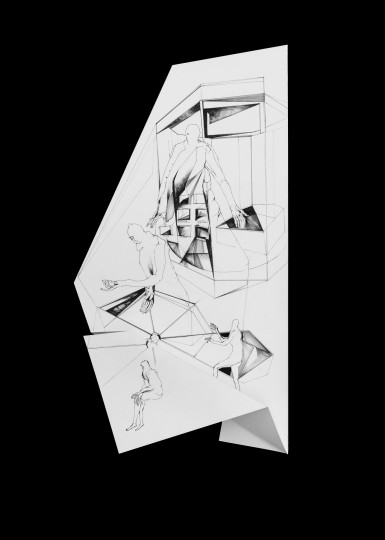