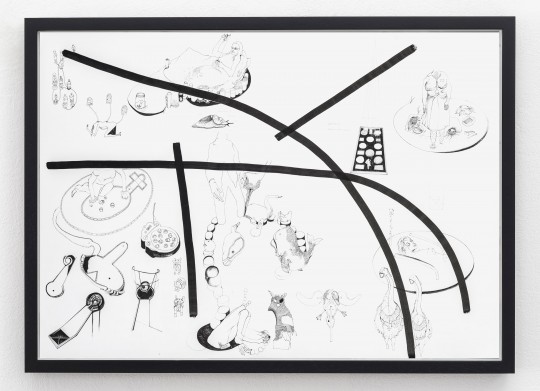 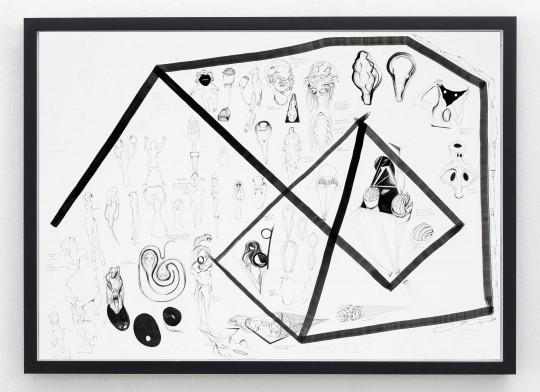 Drawing is a visual way of thinking. It is an interaction process. The line forms the thought, the thought forms the line. It is a direct process, each drawing thinks itself once. In a way this process can be seen as a linear one: The abstract or figurative drawing forms itself in an ongoing process shaped by the line, as a trace of the thought, or more, as a direct visualization and specification of the thought. 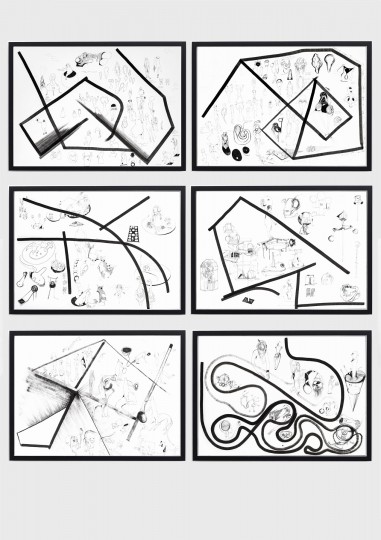 The drawing shows the visual form of a concept within the brain, described as concetto interno. This thought, which occured in the renaissance contains the core of meaning of a drawing. 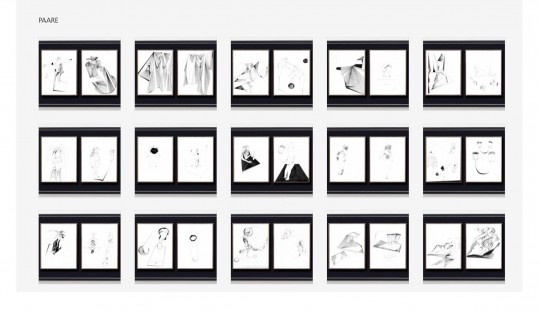 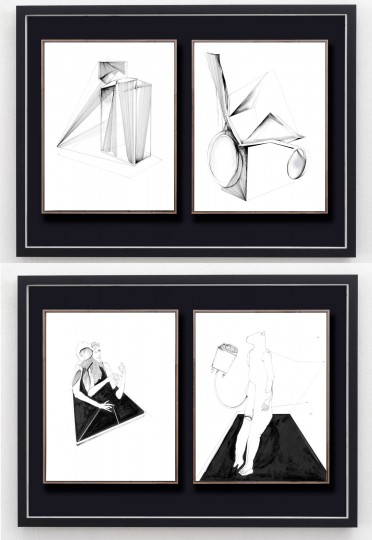 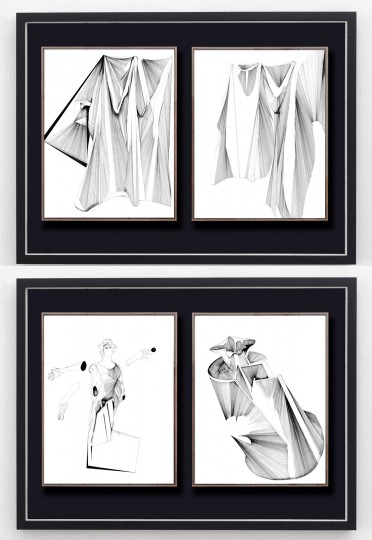 The drawing holds in itself both the concept of linear time perception – in which you can describe the temporal experience as a movement forwards along with the drawing process – and the concept of a simultaneous view combining past, present and future – which lies in the possible dialogues between the drawing and the beholder – as all equally real existing dimensions.

The linear way of reading a drawing is closely linked to language: You can look at the drawing in the way it evolves. You can follow the translation process between brain and hand, the process so becomes a narration of its own. 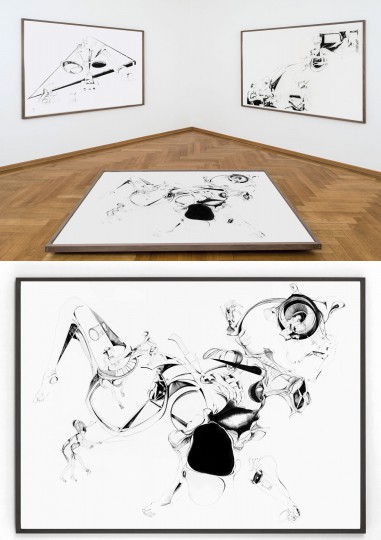 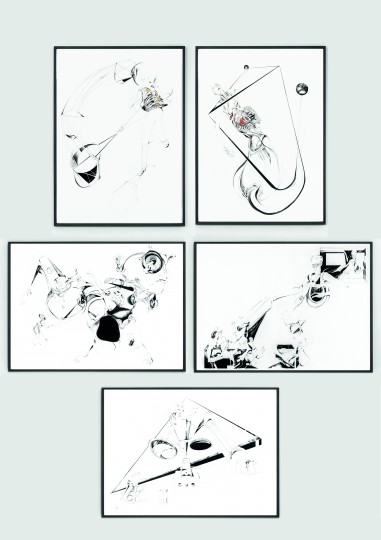 In the second way the drawing becomes something different: In the simultaneous way different elements occur on the paper you are confronted with different states of time at once. The time that passed while the drawing process is not accessible anymore. In this simultaneous view the dimensions of time fall into one. In this sense drawing can be seen as a time machine. 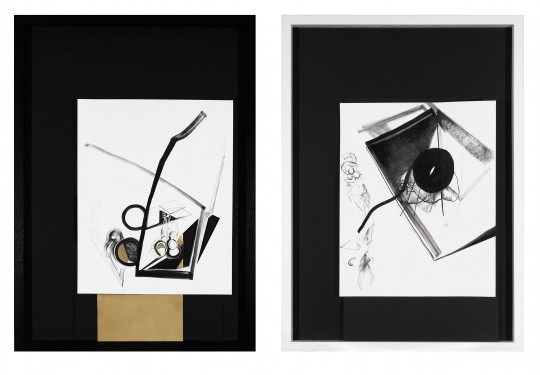 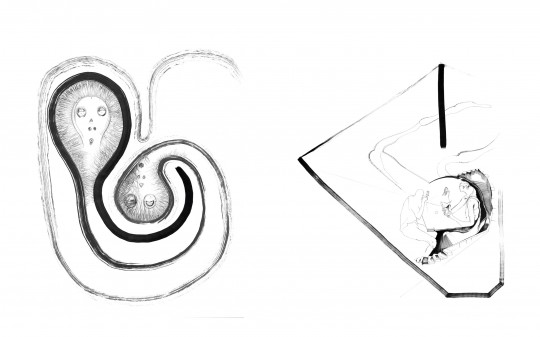 The drawing so archives temporal states. It combines traces of reality, memories, different places, parts of cultural and art historic heritage and brings them together within a reality of its own. It gathers different states of forms, objects, protagonists and their (emotional) shapes, organized on the plain white of the paper.

In the reduction of black and white all of these dimensions, possible states and real states, appear equally real. 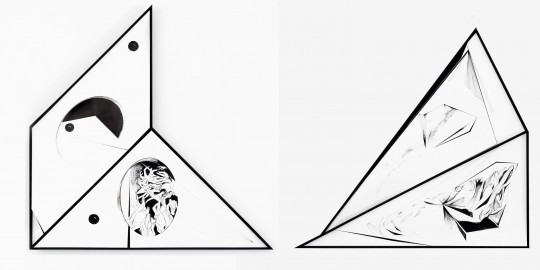 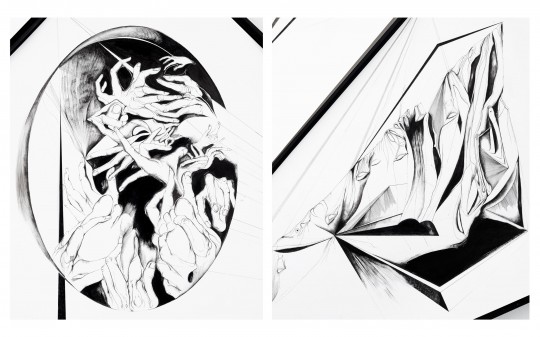 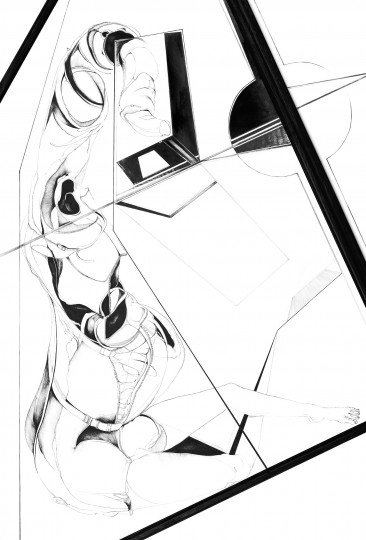